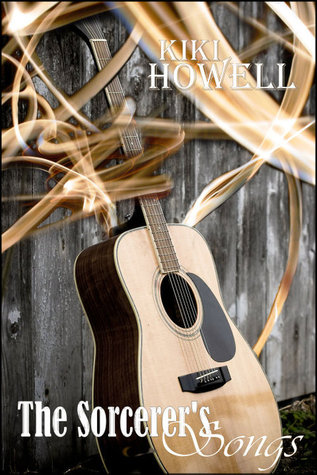 ~All song lyrics in this story are from the CD, Weathervanes, by Steven Howell~If I knew then, what I know nowI’d like to think I’d choose a different way to goBut, my mistakes have paved the wayDown this dark and lonely, dead-end roadPoised on a stool in a corner of yet another bar, in front of a crowd of maybe fifty, the harmonies he played reached out to those around him. The rhythms in his head stirred his heart.

For a man of magic, a sorcerer with powers he had never asked for, his musical talents were sung spells. They were his weapon of defense against loneliness, bringing people to him like a siren’s song. Yet, for the most part, he let his music haunt the deeper needs of those who listened—letting musical phrasings stir wants unnamed or purposely forgotten. Although he felt but a living and breathing jukebox, these strangers who came to see him play were the only lives he could touch.

He reached out to them with his songs.That is until one night one of Adam’s songs lures him back toward his hometown, and he calls out for Stacey, the one he was forced to leave behind all those years ago. Only this time she wants answers as to why he left, and maybe a bit of revenge for the heart he destroyed.I wrote The Sorcerer’s Songs using my husbands song lyrics to create the plot. It was a lot of fun to write, and a great writing exercise! I think I was so inspired by his music that the story practically wrote itself.

Click Here to listen to the song that inspired the story called The Road from Stevens Weathervanes CD. I am just so excited, and so grateful to my husband, Steven Howell, for letting me use his music!

Comments
Comments for "The Sorcerers Songs":